Here’s an easy and inexpensive way to get your DVD collection organized and corralled. We don’t have tons of DVDs, but they were definitely taking up more space than I liked (read: the entire cabinet below, with multiple rows of stacks). It was difficult to find what we were looking for, which made watching movies less than enjoyable. When I came across this solution on Pinterest, I knew I wanted to do something similar in our space. 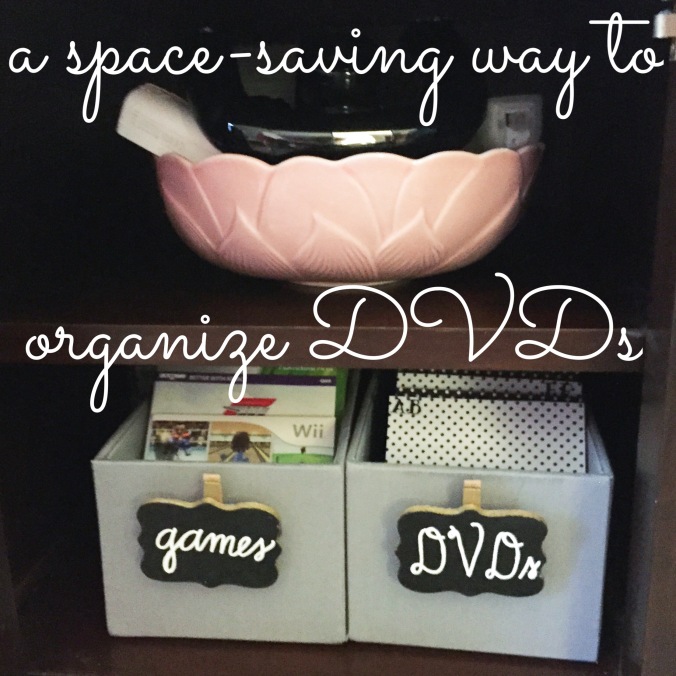 We now have plenty of space in this cabinet not only for our DVDs, but also for video games and the controllers for the Xbox and Wii systems. 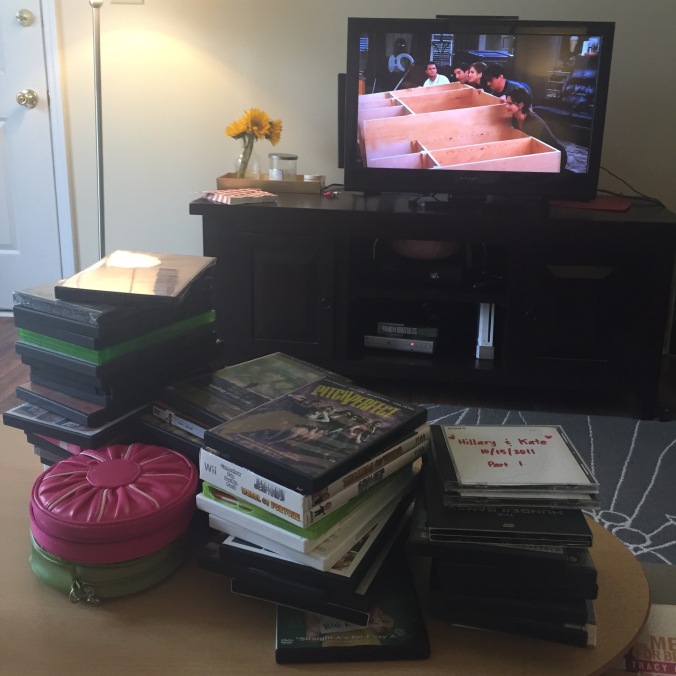 I started off by going through our DVD collection (while watching Friends on Netflix, natch). We had them stored in their cases, as well as my college DVD collection, which were in two CD cases that were filled to capacity. I pulled out anything that we no longer watched (highlights included the entire first season of Laguna Beach) to donate, which immediately freed up some space.

I then took DVDs out of their cases and slipped them into these sleeves, placing them in alphabetical order into our new storage bin. All of the old cases went into a bag to donate to The Scrap Exchange, a local nonprofit here in the Triangle, but they aren’t currently accepting this type of donations, so they’ll be recycled instead.

Once all of the DVDs were in sleeves, I pulled out my handy label maker so that we would know which DVD  was missing if one was ever empty. I decided to go with labels instead of writing on the cases in case we ever wanted to reuse the sleeve after getting rid of a DVD. 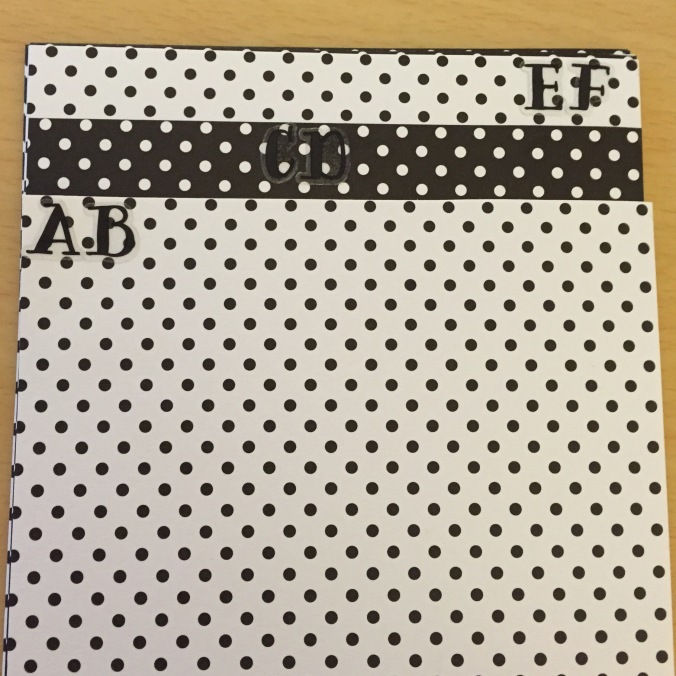 I then made section dividers so that we can easily find what we’re looking for when searching for a particular title.

And there you have it! A simple and inexpensive way to organize DVDs. Since I purchased two containers, I used the second one to store Kate’s video games, as well as my exercise DVDs. I’m so happy with how this turned out and hope you’re able to implement something similar in your own space! 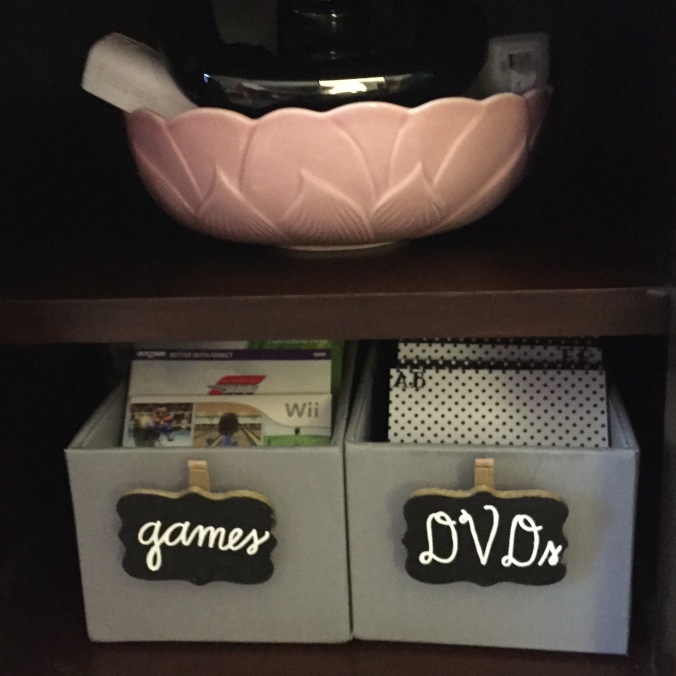 The post “A Space-Saving Way to Organize DVDs” was written by Hillary Bruce and first appeared on Honey Hive Home’s blog. Honey Hive Home is based in Chapel Hill, NC and provides professional organizing in North Carolina and across the U.S. via virtual organizing.

Whether you’re enjoying a snow day here on the East Coast or are somewhere with warmer weather, I thought it might be helpful to put together a list of things you can organize with a day, or even just a few hours, spent at home. Think of the following ideas as a choose your own adventure of sorts, but with each of the options resulting in a more organized and less cluttered space!

The best part about all of these? They’re totally scalable! Organize your entire pantry or just one shelf. Go through all of the clothes closets in your home, or just stick to one. Go through the pile of books on your bedside table, or your entire library.

I’d love to hear: what are your plans to get more organized (snow day or not!)?

Even though many things are done electronically these days, I still get the question of what you should do with business cards. I love handing out my business cards at events and frequently collect them from folks I meet so that we can connect afterward. If you aren’t careful though, they can quickly take over your work space! This is particularly true if you don’t have some sort of database to store contacts, but even if you do, it can be difficult to make the time to do this on a regular basis.

Here are some ideas of ways to store business cards to keep them organized:

Any other suggestions I should hear? I’d love to know how you manage your business cards!

One thing that seem to be floating around in almost any home I organize are keys! As people move, change jobs, buy and sell household goods, keys seem to accumulate and be tossed into random bins and drawers. Here are a few quick tips to help get them streamlined and organized.

What about you? How are you keeping your keys organized? I’d love to hear! Also, please let me know if you have any other trouble items that you’d like tips on how to organize.